THE BIG NET: 4th Anniversary Of UKCB AM and SSB 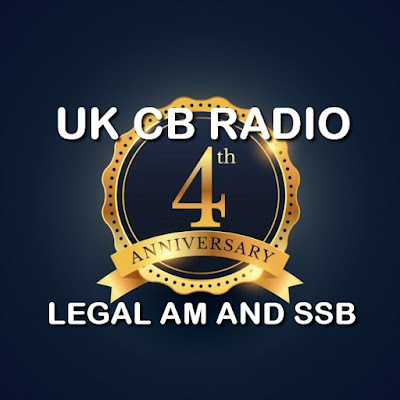 Wednesday 27th June 2018 sees the 4th Anniversary of the legalisation of AM and SSB in the UK.

As part of the celebrations, some of the SSB weekly nets are getting together for what promises to be one of the best CB events ever to take place here in the UK.

Organised by Tom from The Midweek Net which operates every Wednesday on 27.255Mhz, the aim is to get stations operating from all 48 English counties on the same night. Stations from Scotland and Northern Ireland will also be encouraged take part. 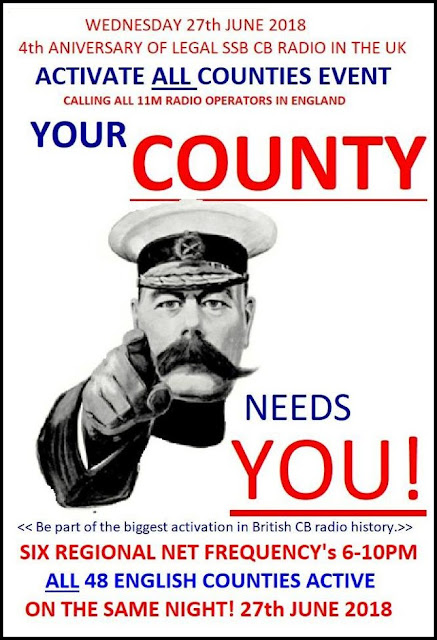 "Wednesday 27th June 2018 is the 4th Anniversary of legal SSB in the UK and we plan to celebrate it in style with six regional nets designed to give everyone the chance to work as many English Counties as possible!


Our aim is to have portable stations active on high ground in all 48 English counties between 6pm and 10pm forming as part of six regional networks giving everyone the best chance to work as many counties as possible on the night.

From Cornwall to Cumbria, Northumberland to Kent! Join us on Wednesday 27th June to wish SSB in the UK a Happy 4th Birthday.

And for those who can't get out Mid-week don't worry are encouraging anyone who would like to take to the hill's and activate their own County stations to do so on either Sunday surrounding the main event between 11am & 1pm on both Sundays there will be a chance to work many English county station as well!

Watch this space for more details, frequencies and info"

So spread the word and put the this BIG NET in your calender!!!!