So after many years of rumours (I remember hearing about it back in 2012) it would appear that Yaesu have a new radio in the pipeline to replace the FT-817.

Documents for the Yaesu FT-818 have appeared online which appear to show that the new radio is undergoing testing with a view to launch later in the year. 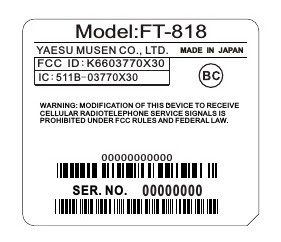 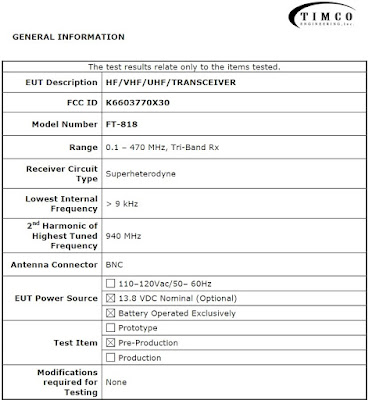 As you can see the documentation shows a radio which can cover 0.1 - 470Mhz.

The actual bands are said to be:

Further information will appear HERE and the actual radio is expected to make its first appearance at the Tokyo Ham Fair in August this year.