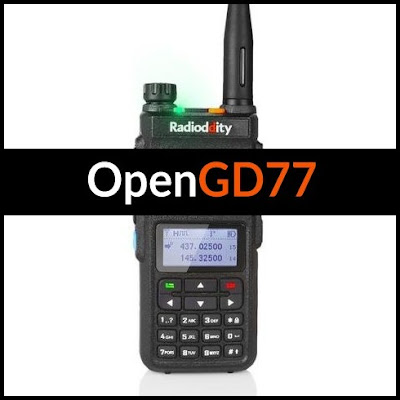 News from Roger Clark in Australia of a new custom firmware for the Radioddity GD-77 DMR Radio.

"I’m extremely pleased to announce that the open source firmware for the GD-77, being developed by Kai DG4KLU and myself, has now reached its first major milestone, and we’ve decided to call the firmware… OpenGD77"

In the past we have seen custom firmware on other radios and it normally adds many great features not originally envisaged by the manufacturers so fingers crossed we see some interesting ideas for the GD77. I might even dust mine off and charge it up again!!!!