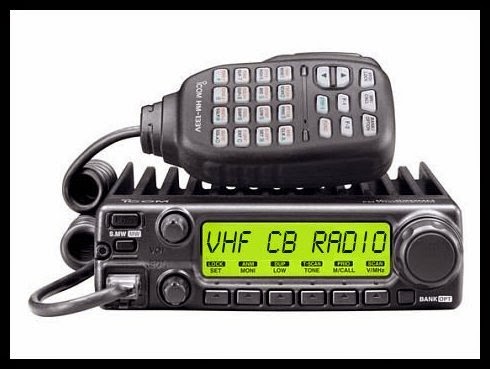 Release of spectrum 143-169Mhz could mean a new VHF CB/Freenet system in the UK?????
Posted on the OFCOM website:

1.1 This document provides a summary of responses to an earlier Call for Input (CFI) regarding the release of VHF spectrum and, taking these responses into account, sets out proposals on how we would plan and release around 6 MHz of spectrum in the 143 to 169 MHz band, returned to civil use by the Emergency Services.

1.2 This consultation follows on from the CFI we published in July 2012(-1-) regarding potential uses of spectrum in England, Wales and Northern Ireland between 143 and 156 MHz. Given that it is highly unusual for VHF spectrum to become available in such large amounts, especially in significant blocks of contiguous bandwidth of up to 1 MHz, we decided to publish a CFI to seek stakeholder views on potential uses for this spectrum. The CFI closed on 12th October 2012 and we received 29 responses, six of which were marked as confidential. The responses to the CFI identified a number of potential uses that the spectrum could be put to and these included:
Existing Business Radio products on a licensed basis to allow industry sectors such as transport and utilities to maintain and improve their communications systems, for example to deploy wide area trunked networks;

A requirement to facilitate Amateur Radio development applications such as digital Amateur TV and satellite;

Spectrum for maritime and safety of life applications;

An allocation for Citizens’ Band Radio; and

I urge everyone to submit their comments to OFCOM. If we can show there is enough interest they may allocate some frequencies for VHF CB Radio. I have sent my response today suggesting a VHF CB system with Base/Handhelds with a power output of 1 or 2 watts/small vertical base antennas. (That's all we need trust me).

You can respond here: https://stakeholders.ofcom.org.uk/consultations/vhf-143-169mhz/howtorespond/form